Back when we lived in TO, our street would have a street wide yard sale, the first Saturday in June I think it was.  We'd save up all the junk to put out and sell.  In a good year we'd make 25 or 3 bucks and get rid of a ton of crap.  The rule was that once it went out, it didn't come back again, the yard sale ended with a goodwill run.

The best part though was that all the neighbours then got together later that afternoon for a big old barbeque, everyone hauled out tables and grills and chairs, brought their own plates and salads and deserts, I think we pitched in 5 bucks to buy the meat, but maybe not.

Then we'd all sit around till late shootin' the shit with the kids running around as it got darker and darker.  It'd usually still be going on when I went to bed.

Here in Catalunya we had a street party today, I think just cause we wanted to do it!  Of course it's Catalunya so it was a little different, there were 130 people, we paid in advance so they could buy the ingredients and we had paella (very good paella indeed) and salad, bread, wine, water, deserts (potluck) coffee and chupitos or digestives - shots of liquor at the end of the meal.  There was a band that played some terrible music far too loud, and it was great.

Here's a couple of photos:

Now that's a big pan, no?  Actually, they come much bigger.  Btw, you need a kilo of rice per 10 people, 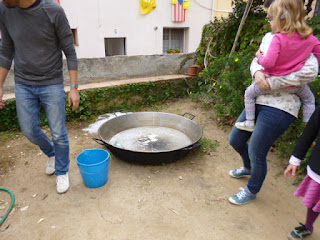 Street's all decorated (the garbage cans don't add to the beauty of the whole thing, but what the heck.) 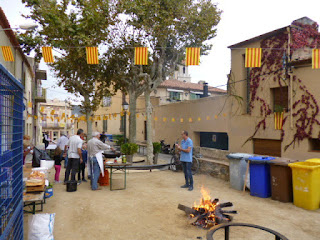 One pan is frying onions and garlic, the other peppers and tomatoes for the sofregit. 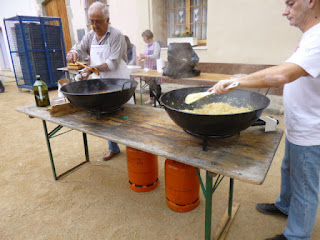 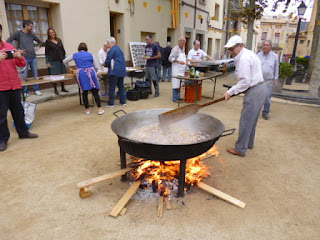 Meats out, add the rice and fry it up to get more flavour. 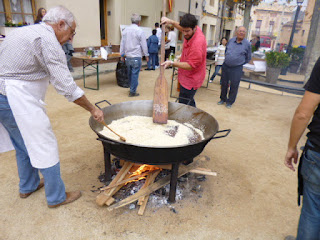 Now we've got the meat and the artichokes in, and the broth has been added as well.  15 minutes to go! 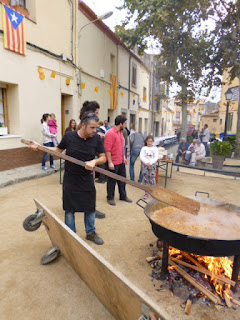 View from the terrace.... 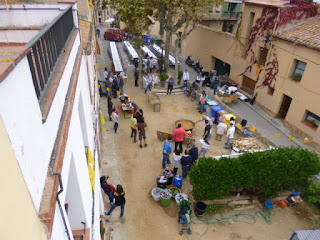 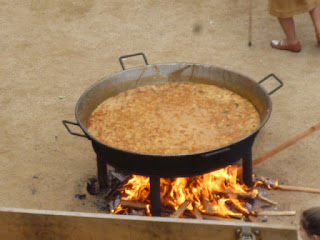 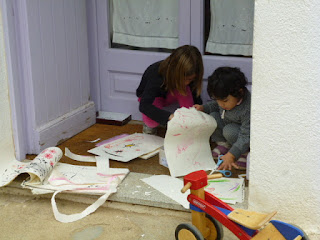 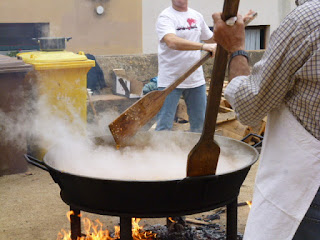 putting out the fire... 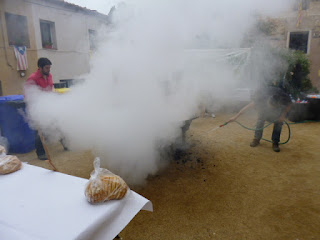 It was delicious....and I have to say that I love these kids of events.  Really do.
Posted by oreneta at 9:47 AM 3 comments:

I have so many posts and so little time.

Ages and stages, that has seemed to be a very good way to look at life for a long time, there are ages and stages.

This area is near Tremp which was the front in the civil war for quite a long time.

Below is a spring emerging from the ground.  Catalunya is amazing this way. 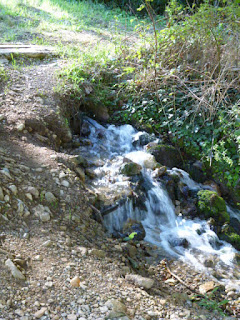 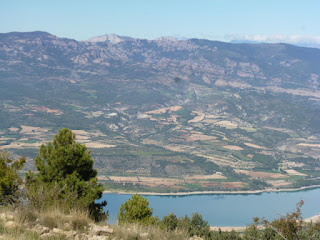 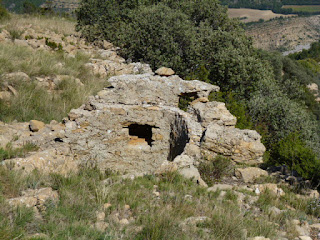 The ground is so rocky the trenches were only dug down half way, and the rocks piled up to make a wall.  Also, it was thought it would be temporary so not a lot of attention was paid to quality construction.  10 months later, they were still there. 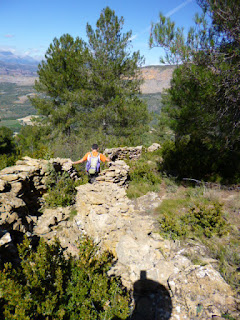 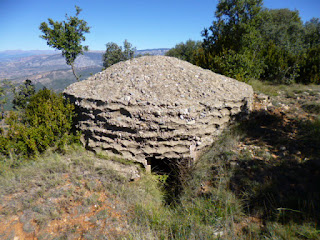 I also went to Girona for the day: 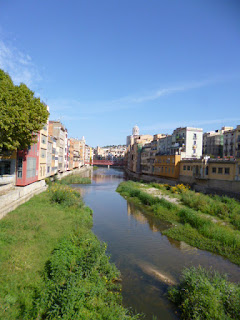 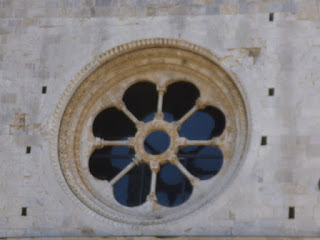 That says minyons, as in not those strange yellow things, but girls who worked in a residence, so this is essentially the servant's entrance. 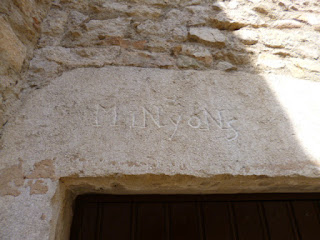 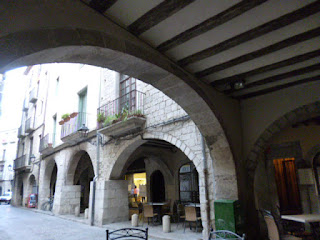 Now, back to the grind!

I spent the afternoon working a feed station at a rogaining course....know what?  It was great fun, I highly recommend helping out at a race.  We had a beautiful spot, a gorgeous view a really nice day, we didn't run out of food so everyone was really happy......feet are a little tired from standing, we gave our chairs to the runners, they were doing 12 hours, and you do like to sit down after a while.

Lovely time, and lots of people from here, and lots from far away, two Italians, a German, one from Brussels, an Australian and someone from Ireland....