Just a quick question to toss out there, cause it's puzzling me.

Was there some new driving regulation put in while I was gone saying that you MUST, when making a right hand turn from a secondary road onto a main drag, you MUST pull into the left hand land?

and then there is the added touch of subsequently driving slowly forcing the car behind you to break and then pull into the scorned right hand lane in order to pass you.

Just wondering if this is a new law, cause it seems all the cool kids are doing it.
Posted by oreneta at 1:37 AM 2 comments:

This time to Cadí, where I hadn't been before I think, though I have been nearby.  It is, by Catalan standards, quite filled with rivers, and by anyone's standards, beautiful ones.

This steep downhill run was called - obviously  in Catalan - the milk boiler.  Not a bad name... 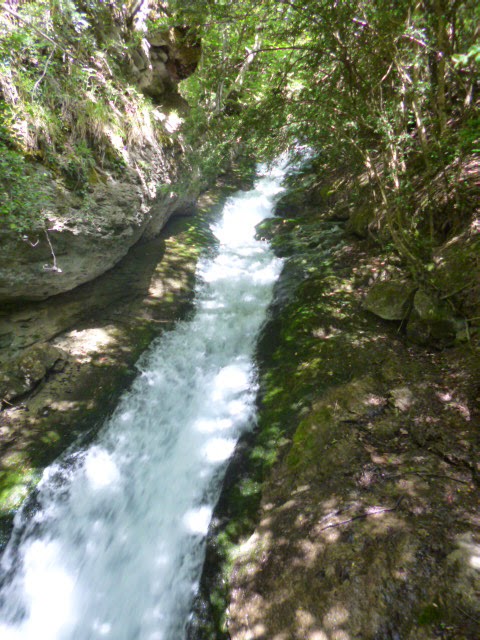 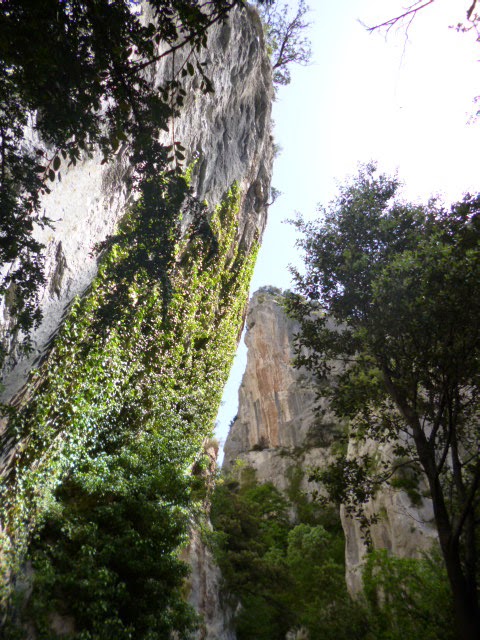 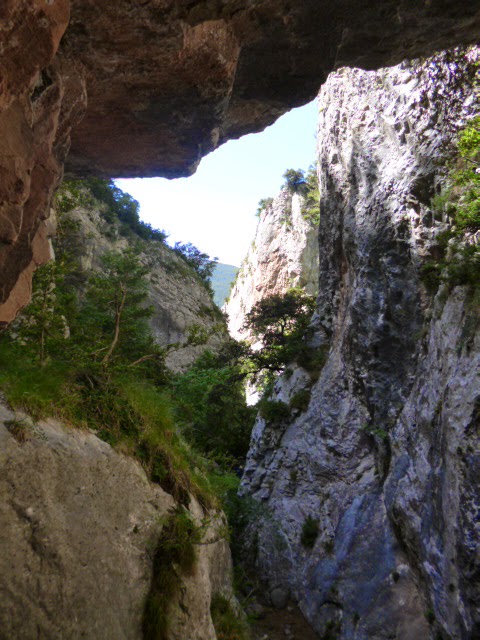 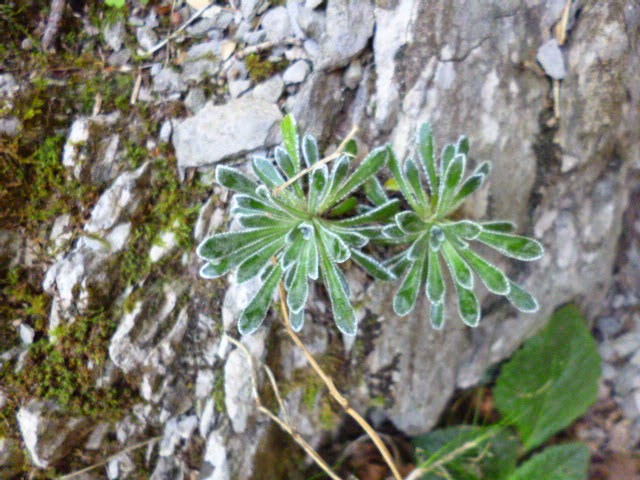 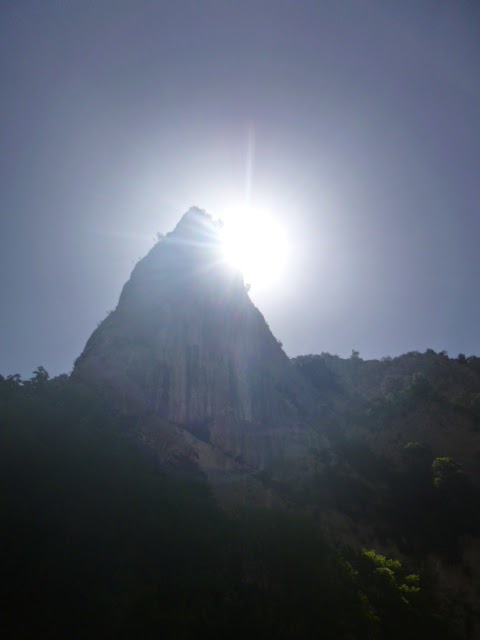 We had a nap here, more than an hour it was, what a lovely place. 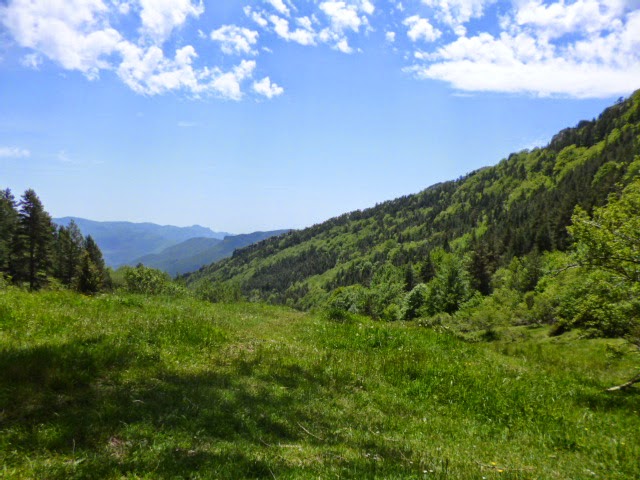 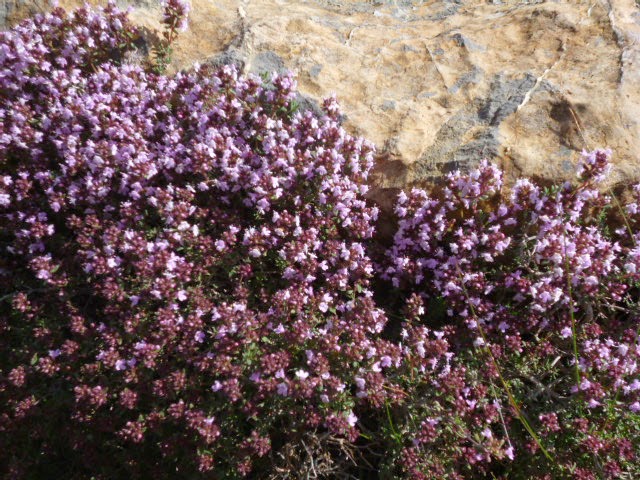 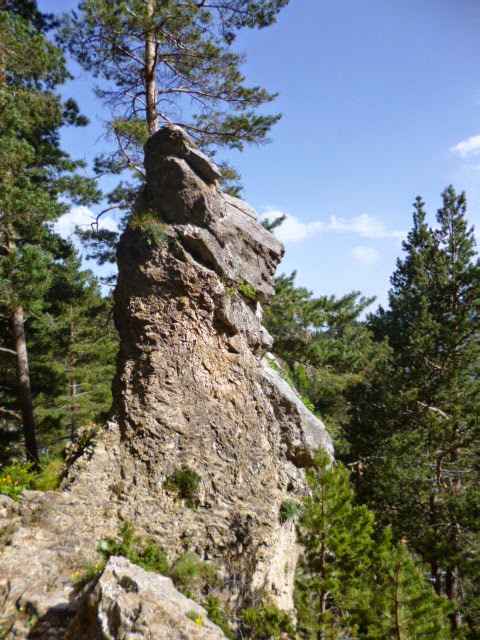 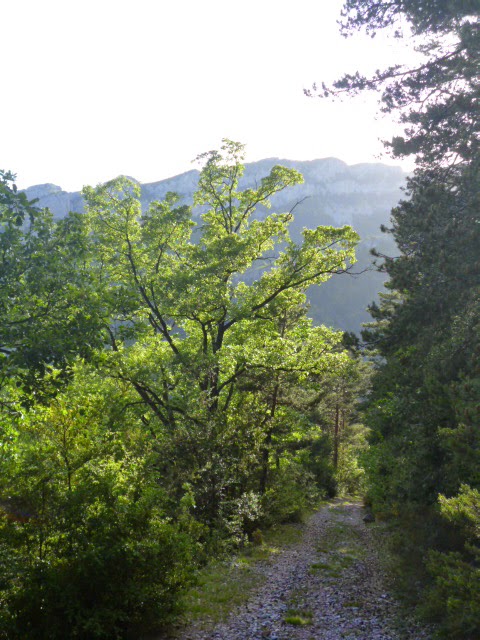 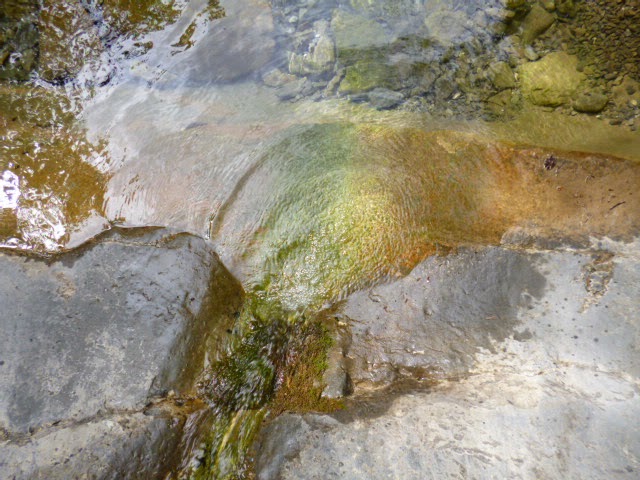 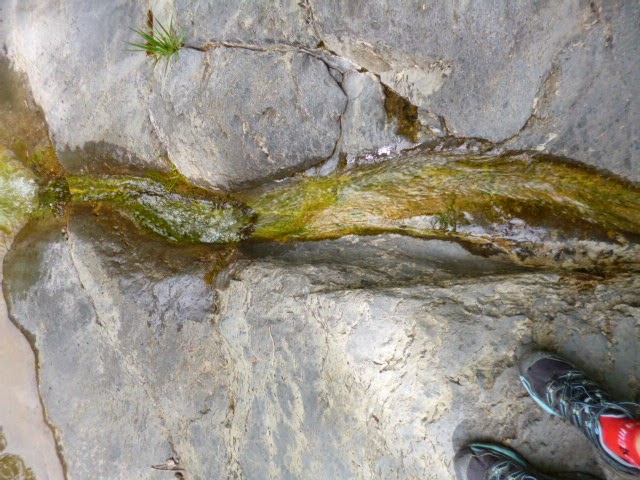 What a cool waterfall, no? 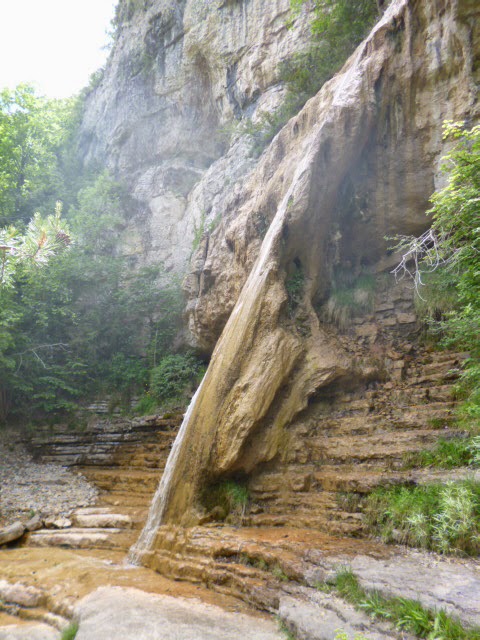 see that river/big stream? It was moving fast.  Very fast! 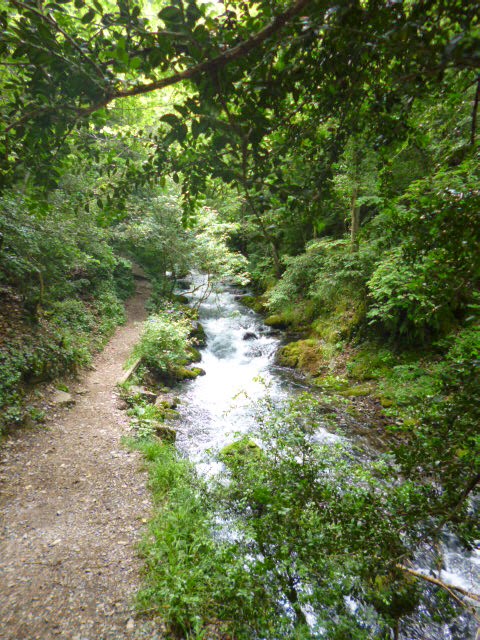 and all that water?  See how it just sort of appears in the picture?  There's no waterfall there above the stream.  That's cause it surges out of the rock.  A gigantic spring. 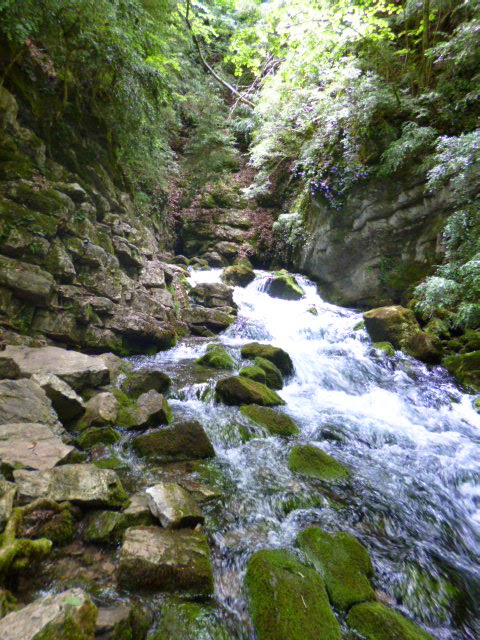 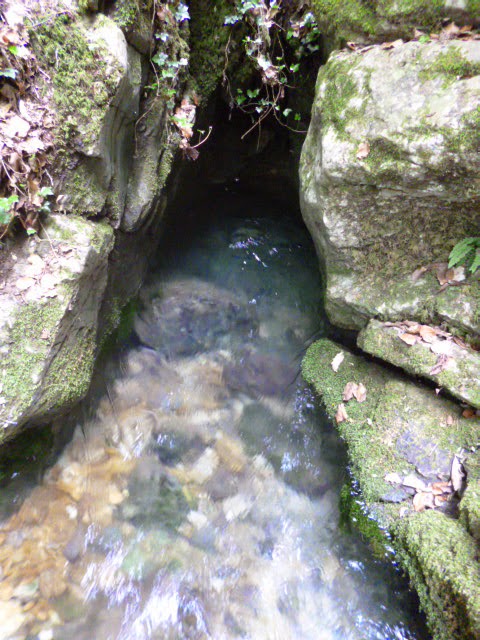 there was a snake right by the where the water came out, and I'd like to mention that the water was SERIOUSLY cold!!!! 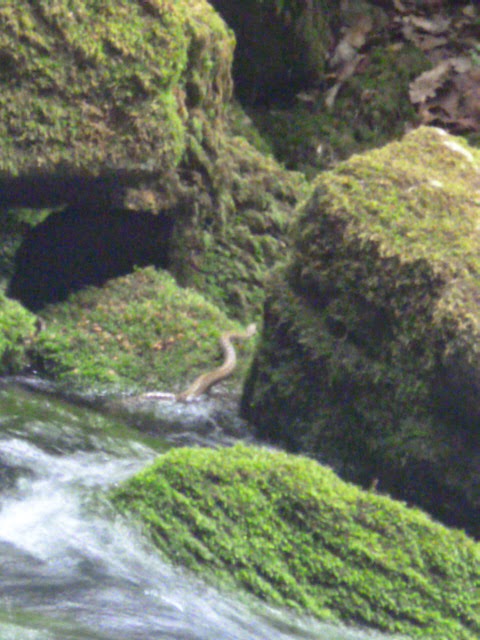 All that water came out of the rock face about 20 meters upstream.  All of it! 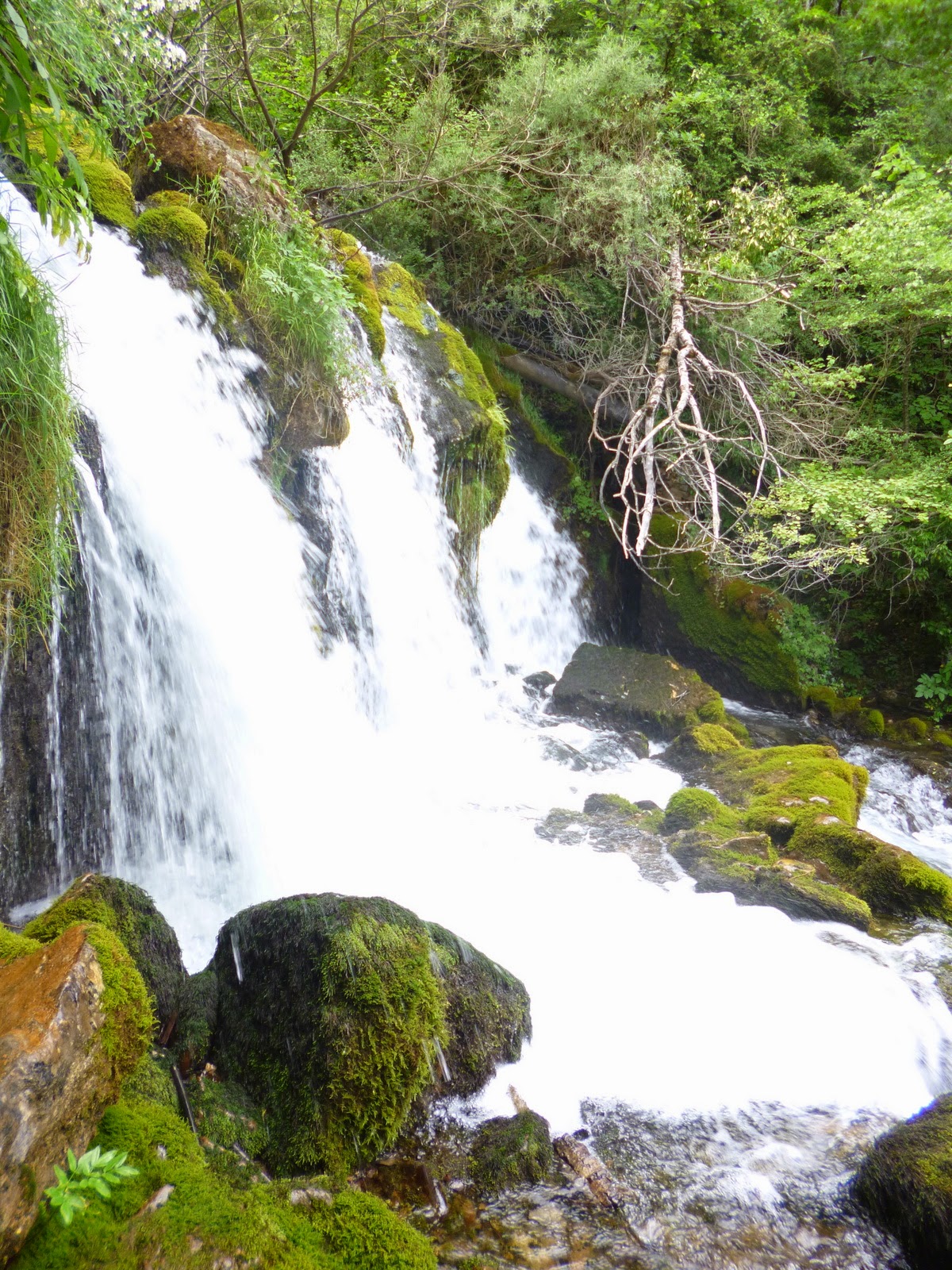 An amazing place.
Posted by oreneta at 1:58 PM 3 comments:

Dr Montessori in BCN 100 Years Ago.

Dr Montessori, of the Montessori schools, came to Barcelona to escape Mussolini in the early 1930's, but she had actually had contact with Barcelona before this, because the Mancomunitat, commonwealth of Catalunya, formulated officially in 1914, but working in 1911 opened schools here as early as 1913, and sent two teachers to Rome who returned to open another school in 1915.

Here are some photos...very cool 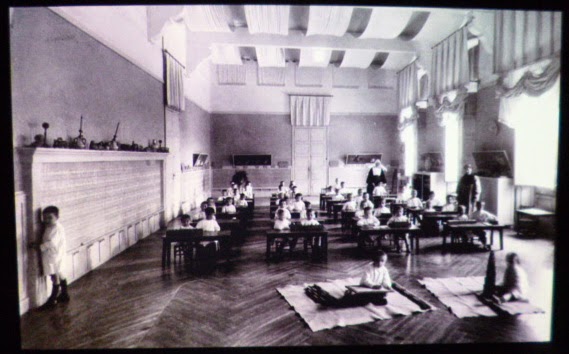 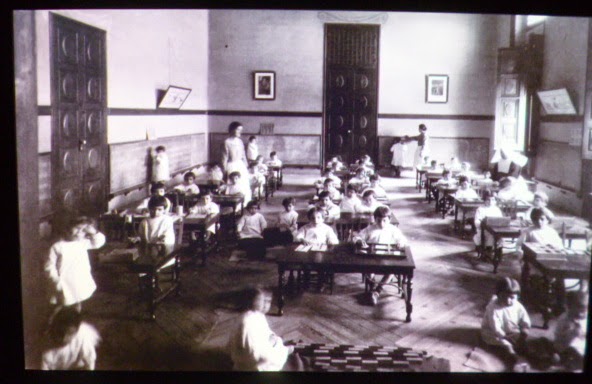 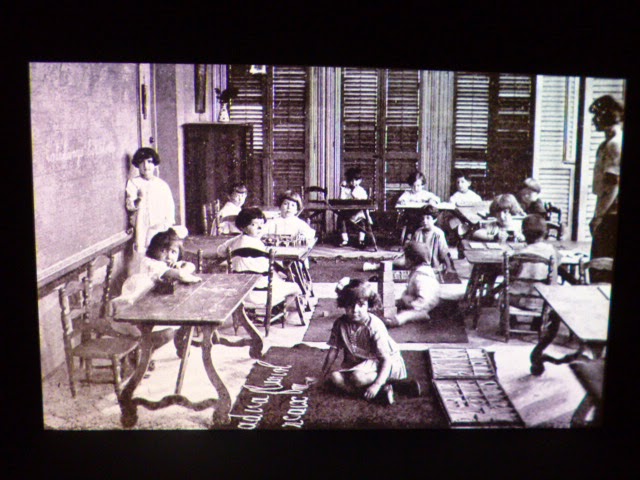 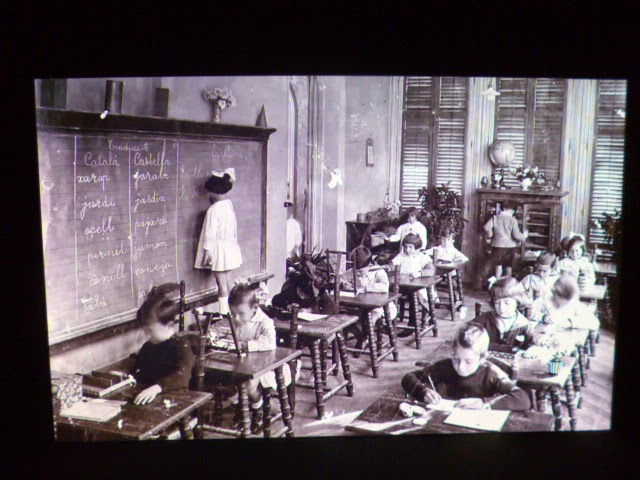 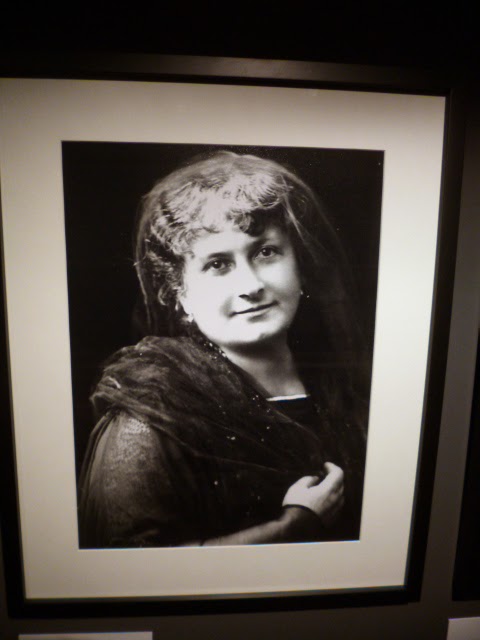 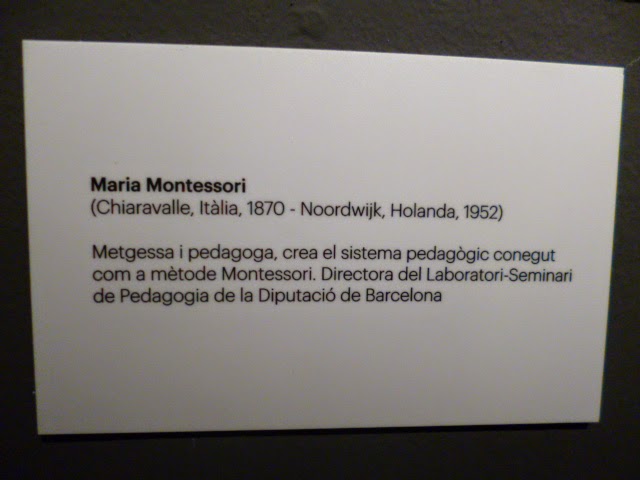 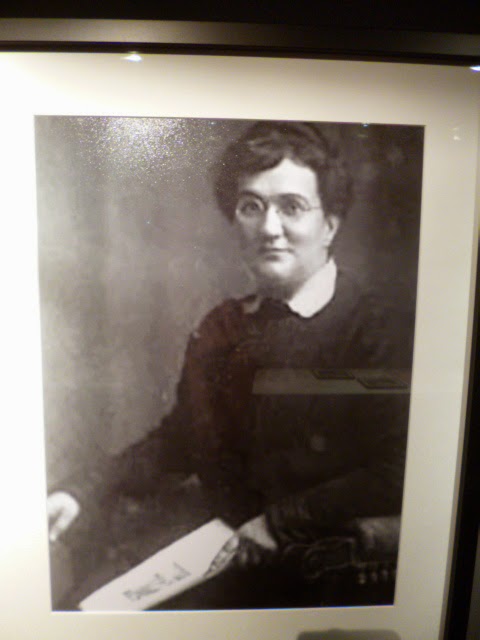 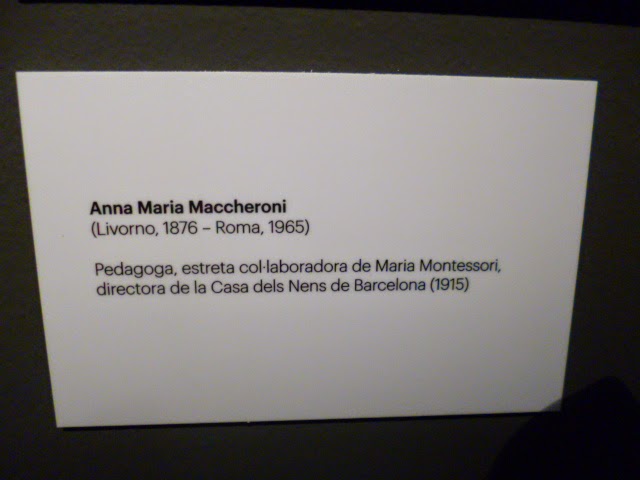 There's a number of Catalans I want to look up too, who were instrumental in setting up Montessori schools as well.

Such as:  Alexandre Galí i Coll, Joan Garriga i Massó and Joan Palau i Vera, who seems to have gone and studied with Dr Montessori.
Posted by oreneta at 1:24 PM 3 comments: