Look who spent a few hours in a pine tree! The man and Chuck were walking in the mtns today when they came across part of a leg from a wild boar that someone had shot....raw, obviously.

I should say really that Chuck came across this, but being the darling fuzzy metros*xual dog that he is, he wasn't too terribly sure what to do with it...or even if he liked it, though he seemed to think that he should.

The man solved the problem for him.

On goes the leash

of relief from Chuck


There, that's all cleared up anyway.
Posted by oreneta at 2:37 PM 2 comments:

I thought I'd put up a couple of photos from the last walk:

You see, when the good people in the computer place fixed my computer, they had to replace the hard drive and they also wiped it clean and reloaded all the software.  That is, the factory installed software, not third party software, like the photo managing software, nor the Garmin software.  In order to do this, they had to make themselves the new administrators, no problem, they tell you the password, you go in and change it all up again.

Except, that isn't the password they used.  I tried the password they gave me, I tried it with a capital, all in capitals, with letters near the ones they need, with anything I could think of, and I am still locked out.

It works and all, but no photo management, and the system that's installed with the software package, apple...it SUCKS.

What have I been up to other than battling computer woes?  Lots of work, lots of cycling, some running, planning a crazy long walk for the near future...not enough sleep, though I had a two and a half hour nap today, though here I am at 10pm knackered as the Brits would put it.

I have got my halo glowing after today though, all caught up on my marking, all caught up on work for Toronto, a lot of work to do with the boat here done, a whack of Catalan homework done, got a run in along with the nap and generally kicked a bunch of stuff in the butt!  Yeah!

Of course a new list flourishes alongside that one...like a place to stay this summer,  gotta work that out still.  Drag.

Hope you had a good one.

My computer went into a coma last week, about the same time as Eldest's leapt off her bed and committed suicide.  Bad week for computers in this family.

I finally got the chance to take my computer in to the store to get fixed, it is a Mac, so we went to the Apple store.  Initially a little weird, the greeter guy was bizarrely and aggressively repetitive, and INSISTED, somewhat angrily, on telling us the same thing, I kid you not, 6 times, and as I was getting pretty testy after the third repetition, that was pretty impressive.

That said, the service from there on in was excellent!  Turns out that the problems were both in her body and mind....she had both a damaged hard drive and a software crash.

Surprisingly little money later - though still an ouch - she's up and running beautifully, all within about 4 hours!

The only problem?  They had to blank the computer, though we saved the vital stuff and I never leave ANYTHING only on the computer.....but they had to change my password to get in and do admin stuff.  The password they put in is not the one the computer thinks it has.  As in, I cannot get in to change anything.

Walk and computer, camina i ordinador

Went walking on Sunday, a friend and I did 57K, and more or less 2000 meters of climbing (and descending).  Good fun, have to admit I am a little stiff, not quite as trained up as I should have been, but lovely.  Started and ended in the dark, welcome to January!

On another note, my computer is on the blitz!  Fun WOW!  May have to take it in to the professionals to try and get it saved....sigh

that studying Catalan subjunctives at midnight on a Friday night, that has also been a very long day, is not productive. 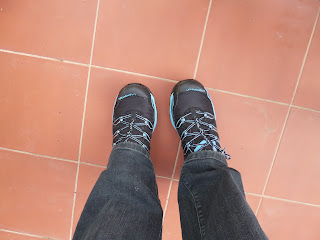 Now to get them out on a trail, just got to find a moment to do so!
Posted by oreneta at 3:11 PM 3 comments:

I have been cold almost all day.

Seems silly living here, but many places, indoors, are either unheated - one of the places I work - or grossly underheated, and combine that with tiled ground floors with no basement, and you have some seriously chilly tootsies!

At least in Canada once you get inside, it's actually warm.  Though that said, it's been quite a bit warmer there than here lately, so what the heck.

Slow and snow....lent i neu

There is a basic equation in winter between the temperature, activity level and amount of clothing you wear.  Today, Youngest and I didn't quite get it right.

We went a little minimalist today, partially as the route was not exactly exposed, it was supposed to be short, I was bizarrely and incredibly disorganised and the group we were going with usually moves at a medium slow, but steady pace.

Not so much today, we had one guy along, not normally part of the group who moved at a positively glacial pace.  I kid you not, there was a three year old girl and a five year old girl along on the walk.  The consistently passed him, and had to wait for him

Youngest and I nearly froze to death.  On top of that, he was in our car ride there, three in the back, and he was a big man.  A big man, one of those big guys who takes up a lot of room, cause he doesn't want to sit with his legs together and his arms crossed over his chest so you just have to squeeze your skinny self into whatever corners are available.

Big guys out there?  Put your d*mn knees together and tuck in your d*mn elbows, just cause you can't say no to a third helping of ice cream doesn't mean you can have half my seat too.

Despite all that, it was an utterly lovely day, with a great group of people and we even got snow, which was lovely, cause it didn't stay and was only at altitude!

Reading Snuff by Terry Pratchett, no time for anything else that doesn't have to be done!

Hope you're all well!

Youngest and I consoled ourselves with a Big Bang Theory marathon.

Started back to work today at one of my two jobs, real life tomorrow.

My back is doing better.

That's about all I have to say, except that Eldest left me a Terry Pratchett I haven't read yet, Snuff.  I have to put it into the suitcase when I finish so I remember to bring it back to Canada.

Bumf or bumph and a bit about today...Bumph i una mica sobre avui

Today was spent exercising and speaking Catalan.  I went to run/walk with three other people, much stronger than me who fortunately were working on marking a trail for an upcoming race so we stopped and started.  Thankfully.  On returning home, I showered, attempted to stretch, but found myself jamming up while lying on the floor, and stuffed some food into my mouth, then out again with the girls and a friend, the one I do language with and today was CATALAN!  My legs are pretty darned tired, and it all would have been much more fun if I hadn't thrown out my back this morning.  I had the temerity to pick up a t-shirt, of all the ridiculous ways to hurt yourself.  So far, not too bad, but not comfy at all.

On another topic, this is one of the coolest videos I've ever seen, a tour of the space station!  It's long, but worth EVERY minute!

Something weird.  The word bumph, of bumf, originates in 1889 and means bum fodder!  As in stuff to wipe your b*tt with! TP!!!!  From Mirriam Webster.

Sorry about the asterix,  we have net nanny here that we CANNOT make go away.

The other day, in BCN, we went scouting a new route. L'altre dia a BCN vam anar a buscar una ruta nova

I love BCN, and the other day, while wandering around new areas, we found this boat in the old port, a replica of a Spanish Galleon, from Cadiz.  I believe that would be the kind of boat that Nelson bested, if I am not mistaken. 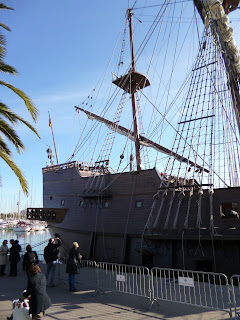 I do have to say though that the way they furled their sails is simply embarrassing.  Seriously badly done, as if they were the dirty laundry hung out to air.  A harbour furl leaves the sails tight neat and bundled ON TOP of the yards, like this link!  See how neat and tidy those are?  And the boat here in BCN, not quite the same: 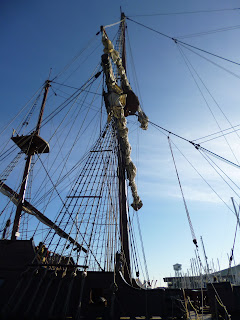 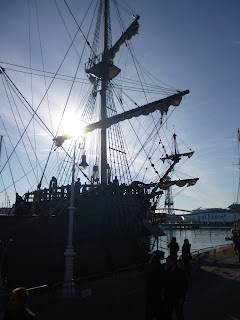 I am so far behind in posting! Estic molt enrerre amb penjant no

Today....I still have posts from before, lots of them, but today....today.....Youngest, bless her deprived and desperate Pho missing soul...she begged us to find a pho place in BCN, and with the wonders of modern technology, we DID! (they've even got perfect English in the menu!) 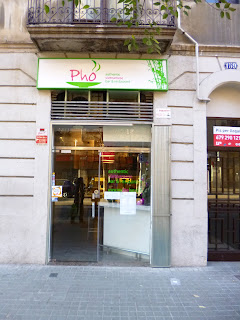 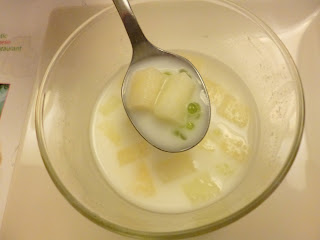 I will be taking Catalans there and trying to convince them of the greatness of this food.  Different from the pho stores in TO (miss the tea, both during the meal and bubble tea afterwards) but Mmmmmmmmmm.  Portaré els meus amics catalans allà, intentant de convertir-los de aquest menjar. No el mateix com els restaurants de pho a Toronto, trobo a faltar el te, tant a començament del àpat com al final, amb 'bubble tea'! 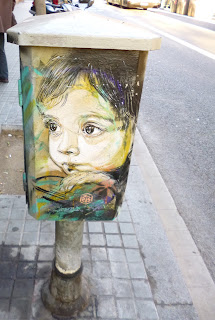 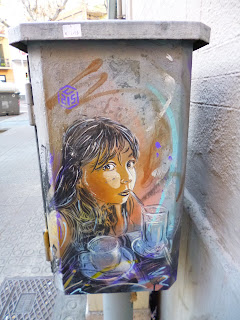 Also went and worked on a boat this morning, pretty darned good day, if I do say so myself!

Am I utterly in love with each and every one of these?  No.  But are they complete in and of themselves.  Yes, I think so.  Will I ever revisit some of them?  Maybe. 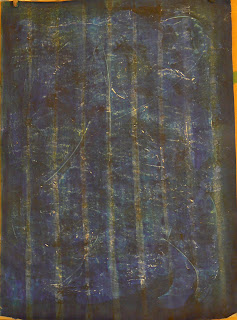 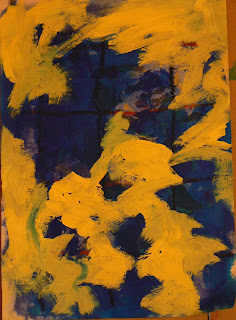 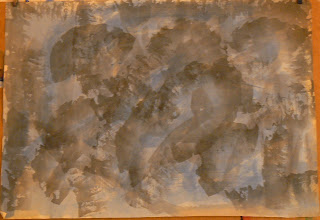 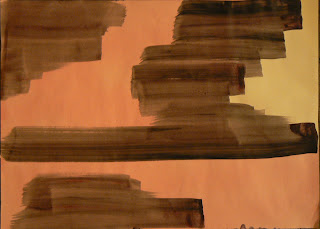 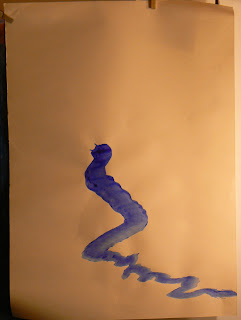 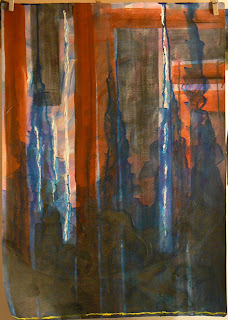 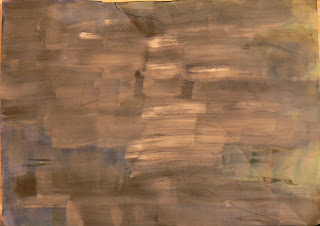 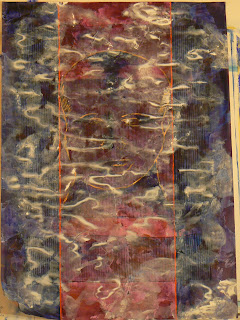 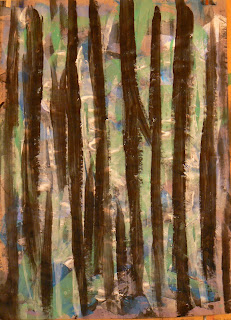 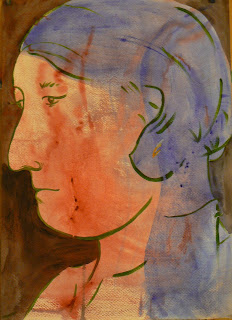 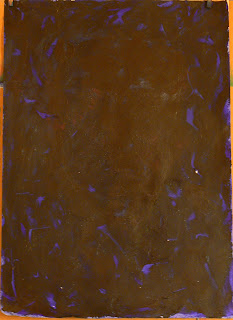 There's one more, but I haven't taken the photo yet.