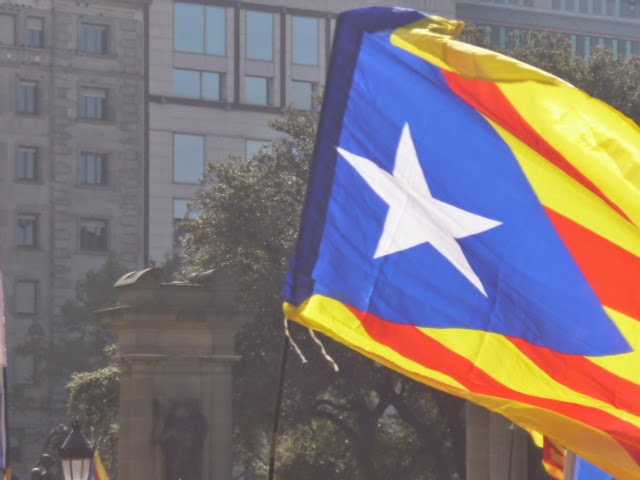 I was a wee little bit worried about it, cause I sense a pretty high level of frustration in the Catalans I know, but they are also very sensible people.

We went, the man and I, with a friend and a friend of his.

Interesting to say the least.  Both organizations are headed by women (another reason to love this country) and Carme Forcadell, the head of ANC, is an amazing speaker.

My friend said to me to listen to her.  She doesn't waste a word. Everything she says is worth listening to and moves things forward.

He was absolutely right.

I listened to her live, and then listened to her twice more on Vilaweb.  It is in Catalan, so it is unlikely that many of you will understand what she is saying.  She is amazing. She scolded the politicians like they were children.  Told them to get back to the table and shoulder their responsibilities and demanded elections within the next three months.

We'll see what happens, but she has drawn the new route forward and laid down a route for everyone.

A most amazing day. 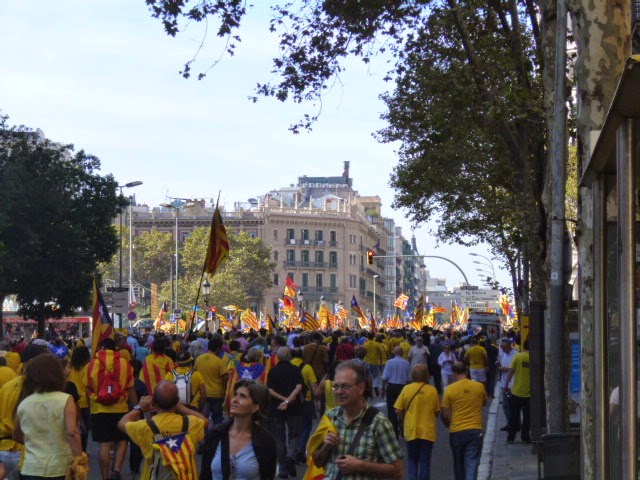 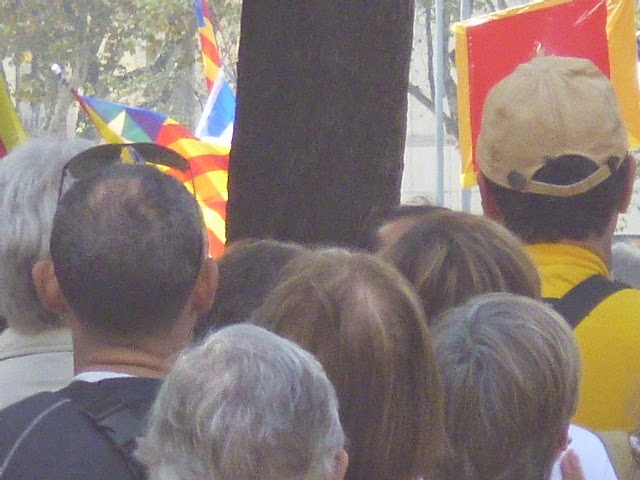 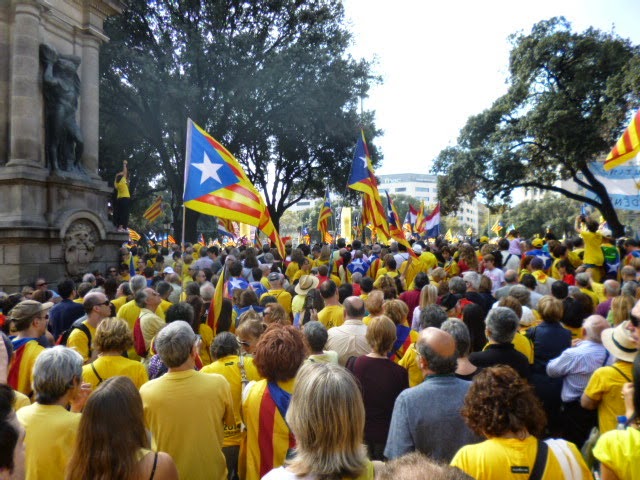 Oh, and I've got to get the man to handle all photographs in the future. Really.  Why is he a writer?
Posted by oreneta at 7:01 AM

I have a strange question- what is the difference between the "red starred" flag and the "blue starred" flag? Thank you!