The Man, Eldest and I went off to watch the Masters' rowing races today at Henley.  Pretty cool!  A fair range of ability but some of those folks could really row. 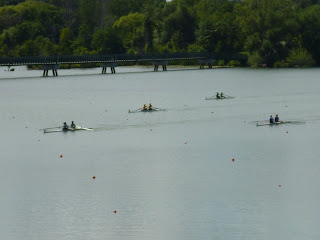 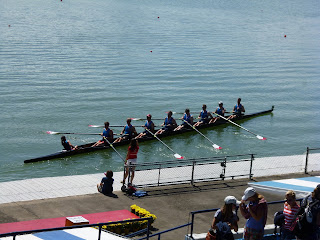 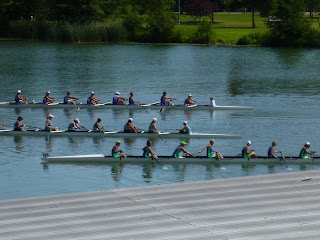 Chuck watched for a while, but it was boring. 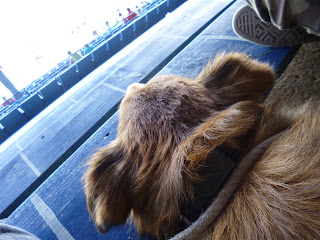 He got up to leave, but couldn't 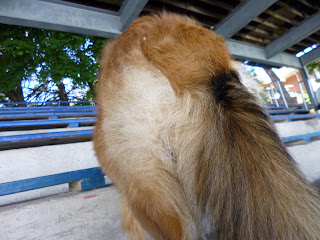 So he blamed us. 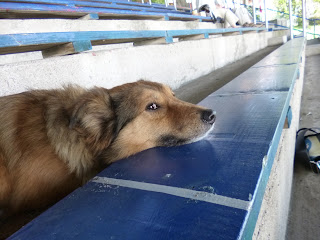 Later we saw Paddington Bear graffiti.  Chuck wasn't impressed by this either, though we were.  Ford would view it as the sign of the devil though, and spend lord knows how much getting commissions to remove it while shooting/snorting/whatever it is you do with crack.  Nice work.  Fortunately this wasn't in Toronto, so Paddington should be safe for a little longer. 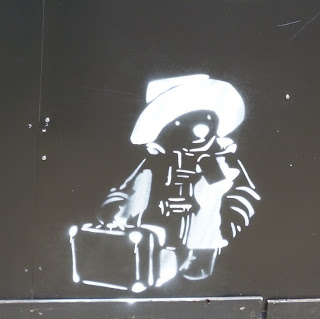 Then we went to the War Plane museum, the Man and Eldest are both history buffs.  I had been before and Chuck wasn't allowed in so we napped in the shade.  We both love napping on lawns, so that was good. 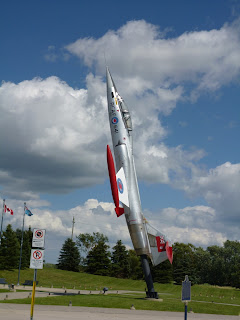 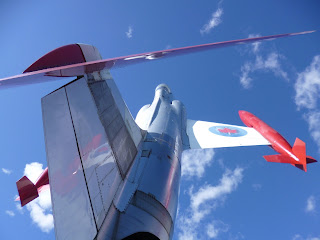 He liked the woods yesterday much better.

He loved the woods better despite the hummingbirds? :D

LOL, my Man and son are also into things like the War Plane Museum, too. I showed him your picture and this is what he said:

"That's an F-104 Star Fighter built by Lockheed. It is a beautifully engineered plane visually, but unstable in actual use and killed lots of pilots."

See? What can I say, he is a total plane geek, though a most loveable one!