BCN after the walk!

The man and I went into BCN Sunday afternoon....we went in to see a very small temporary exhibit at the Picasso museum....with fairly awful translations into English, though the book was OK.

It was actually pretty neat though as they were looking at the relationship between a painting found underneath a painting they have here in BCN and a blue period painting from the Cleveland Museum of art.  Neat.

Then we wandered over to the Born Market which I've talked about before and came home for a nap!

We saw a couple of small things in BCN....

A building they are going to renovate, the red beams are to support the facade while they remove EVERYTHING else! 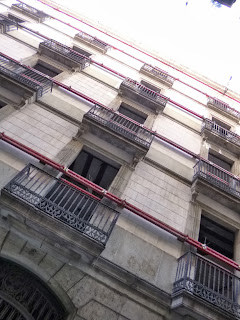 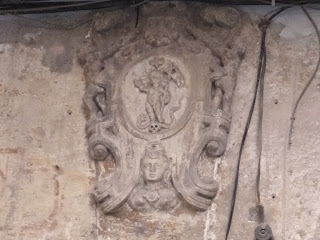 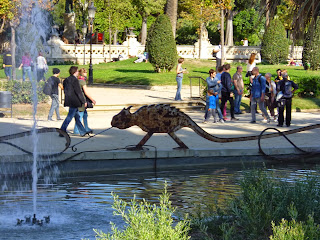 At the bottom of the rambla below the arc de triumph!  A map of the city!!! 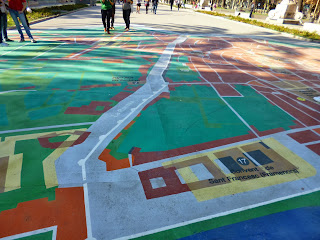 Neat... thought about you recently. I was walking through the streets of Prague and somebody had drawn "Viva Catalunya" on a wall... :)

Did you take a picture? Cool they have it up there too.....

Oh, BCN is so great.
Seadog

It is a cool city. Lots of neat stuff here.