Well, sometimes things move slowly.  We had hoped to get the boat down near Amsterdam by now, but we are still in Sweden, indeed today is the first day we have managed to leave the harbour for more than an hour or so.

It has, however, been lovely to get a sail in.  And to visit a new place and to see a bit of Sweden and Denmark before we head south.  We're going to be heading back to Canada in a couple of weeks for the summer and will be back here in September at which time we will have to sail rapidly south to get out of the storms in October!

For now, it is all heat and relaxation. Getting to know the boat.  In many ways she is very familiar, being a sistership to our other boat, Oreneta, but still different in subtle ways.  I cannot say I love her the same was as I do Oreneta, but I am certain that will come with time. 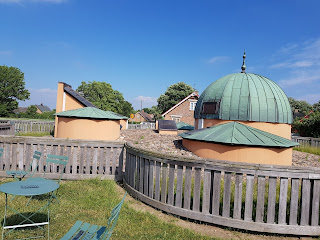 Some general comments about Sweden, the Ikea maze and restaurant?  In most stores.  Swedes stare like Catalans do. It is slightly infuriating.  Things go slowly here, but very honestly.  This is an example, 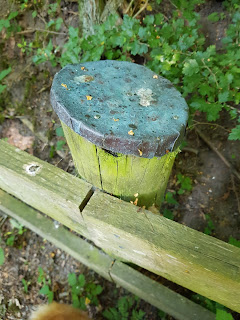 This is a fence post, just a normal fence post.  It is capped in copper.  Does anyone have any idea how expensive copper is?  REALLY expensive.  In Spain, this would last a day before it was stolen, and no. one. would use it.  They had it on a good 50 posts at least!  In Catalunya, it would have been, honestly, gone in a day.