Notes from the day

Wow, this turned out to be a busy one, despite the slow and relaxing start!

The man and I were going through the locker, we're paring down the stuff we own (again) and we're almost certainly going to take a bunch of it to Catalunya with us.  Let's hope the country doesn't fall apart with the independence referendum just as we arrive with all this stuff after all these years!!!!

We're also gave some stuff away to one of the Man's sisters, and we're going to give them some more, and some stuff to friends. That was the best part of the day, hanging out with the Man's sister and her family for a bit and then with friends for quite a while.  That was very cool.  But, man o man,  we own too much stuff.  Really, far far far too much.

Anyway, as we were going through we found the man's tails!  (and then Goodwilled them) Sorry Eldest!!!! 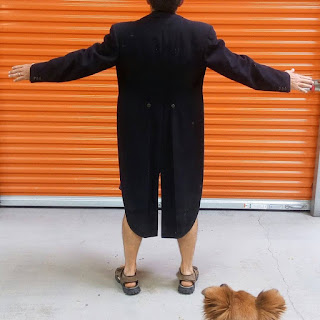 We also went for dinner last night, I was going to take a photo but was too hungry and so the photo is of the empty plates.


And, I went by High Park Zoo for an ice cream and to visit the capybara babies!!!! 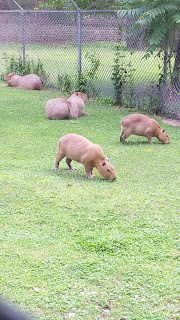 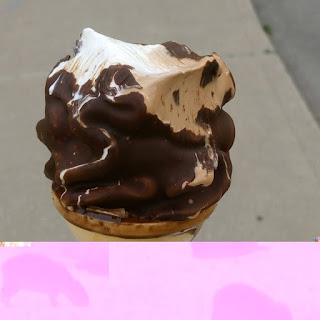 Don't know why that photo is kinda pink, but the ice cream was yum.
Posted by oreneta at 6:05 PM