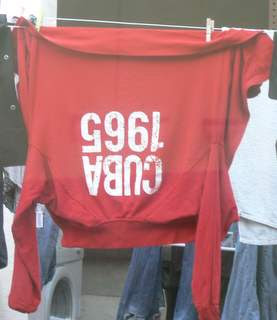 Like that jacket the neighbours have up? They're too young to have been there. Kind of a weird thing to sell, don't you think? Kind of like all the kids wandering around in Che shirts, and they have NO IDEA who he was.

This is how they tell time here...OMG

With an extra five minutes it is two quarters to three, or 2:35

Missing five minutes for one quarter to five, or 4:10

It is a wonder I ever get anywhere...the best I ever heard on the radio was...an extra five minutes for two quarters to six plus one...as in...5:36.

Youngest is trying to learn time in Catalan and the system is outrageous....though in some ways more logical than our quarter past quarter two as you may realise if you have tried to explain it to a child recently...either way, it's hard. 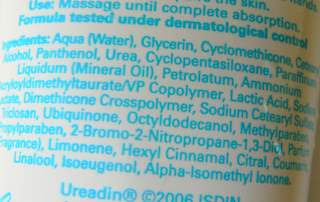 And check this out, the photo isn't the best, but look who we saw in the mountain? That's right a wild boar, isn't he enormous? 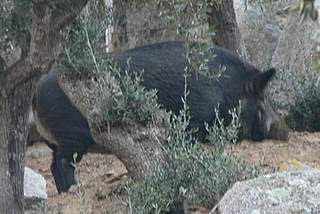 Now I have to confess, he is caged in someone's yard, I'm not sure why, but he has apparently been there for about eight years. Weird.

Here's two things I've been working on as well, this is a study for a part of another painting... 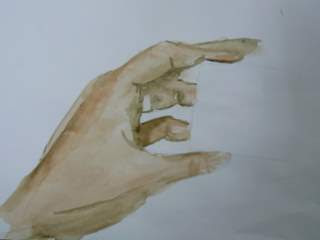 And this is a different painting as well...it isn't finished yet obviously. 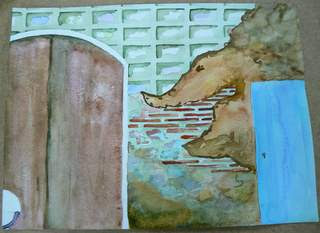 It is also a little strange, but he looks pretty cheerful...
Posted by oreneta at 11:37 PM

I did a Spanish to English translation just for fun on one of my widgets and your two lines came back as:
Passen two zinc you make a draft of quarts of three

Do lacks zinc you make a draft pear quart zinc

I guess you just can't trust those electronic dodads :-)

The wild boar is something you don't see around here. If he is caged in a yard...is he still wild? :-)

We get Muntjack (sorry, no idea how to spell that) and foxes in the local fields. I bet that Boar was wild when he was penned in. As for "Missing five minutes for one quarter to five, or 4:10", why is that not 4.40? I have no idea how you work that out - good luck to the children!

Oh the joys of learning the intricacies of a foreign language!
Only a foreigner asks those kinds of questions and makes the native speakers stop in their tracks!
The security of logic and the need for rules to help master absolutely illogical aspects of a language are only possible in Esperanto.
I'd hate to see us all come down to a Euroenglish level like in EU committee proposals where native speakers get voted down for protesting about the kind of English in reports etc.
BUT at the same time I can well sympathise with kids who have to struggle/juggle so much when they're learning to be bilinguals!

I'm back, not quite in my right mind and your telling time thing made me worse!
Love the painting of the wild boar - he does look like he's laughing.

Spanish is just a little easier, but only a little. That pee is synthetic, at least I think so, but in any case I'm glad it's working. I like your paintings, is that boar on the bottom based on the real one above?

Trish: It is crazy, but once you get the hang of it, well, it's still difficult.

Sirdar: your Spanish English translator didn't work because that was Catalan, a different language....what is the opposite of feral anyway, I wouldn't call him tame...maybe just captive...

DD: It is supposed to be excellent eating, just ask obelix...we see quite a bit of evidence of them around here, and last year a couple of dogs were mauled by a mama pork...

Boo and Trev: There were wild boar in Budapest as well....my kids have trouble telling time in English too, maybe they are secretly Catalan time tellers and they have been waiting all this time for the system they can understand????

GM: It is entertaining...words fot things that we don't have in English, and vice versa...

Beth: Welcome back, I am sorry telling time made it worse...take care.

Theresa: Well, at least it is a little easier...no the boar in the painting just sort of appeared..it's a BCN/Catalan scene, and maybe all the pork that is so central to the diet just had to make itself felt?

Those are pretty amazing skill levels needed for telling time. We saw wild turkeys when on vacation this summer in Southern Alberta, no wild boars. Our cat was ferel, now she is tame, but still after 4 years a little skittish once in a while. Mind you, she is a cat.