Rode home on Friday with a crippled bike.  In fact I had to push the last good long part of the way home.

The rear derailer was crunching into the rings on the back of the bike.  NOT HEALTHY!

The Man, darling that he is had a go, cleaned things up, which did help, but not ultimately.

So today, off to the bike store.

Now for now....if not earlier.  That is the problem with commuter bikers, they need there bikes fixed NOW.

So, the kind man fit me in, I had to go for a walk while I waited till he could look at it....went to talk to a gestor, which is another entire conversation...there's  a blog post.....and saw a couple of pretty things, well more than that, but got the camera out for two of them: 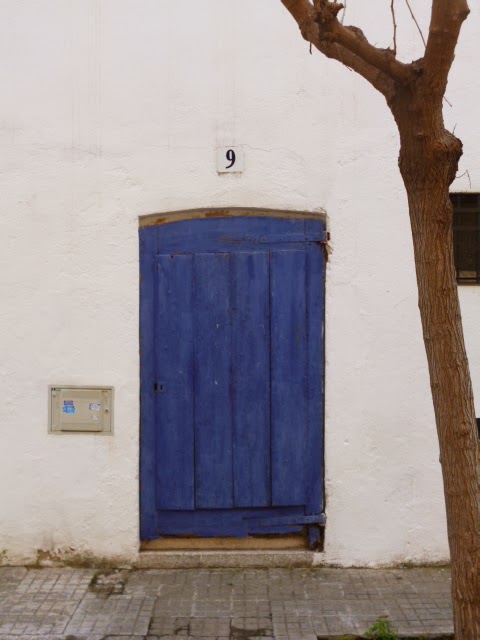 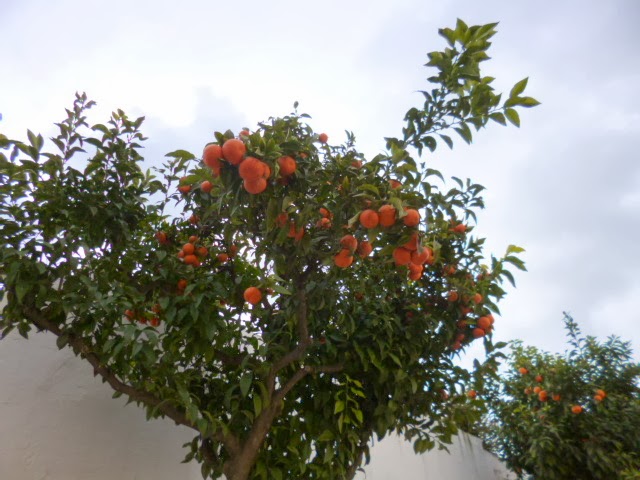 The piece that had to be replaced?  That'd be the rear derailer, he quoted me 88€, my gasp of horror brought that down to 28€ and a certainly cheaper model.  Fine by me. 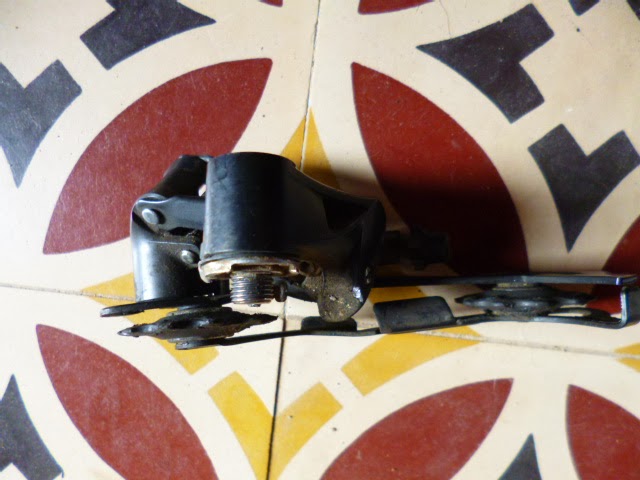 Along the bottom edge there, one on the far right and one at the bottom left corner of the main body.  They're supposed to be in line and pointing the same direction.  They clearly aren't.  Ho hum.

Best for last.  I gave the bike a trial spin as I went out, and there was this weird noise. Got the mechanic back, he spun it around, tightened something up and said it would be good.  Weird noises even more continuous, but him out again, he rode around, mystified....got off, eyed the bike for a few moments, and saw the clip for my knapsack ticking against the wheel!  Cheap fix!!!!!
Posted by oreneta at 5:17 AM

hahaha. I need to learn this "gasp of horror" haggling technique of yours. Would definitely come in handy :)

it's a good one! Especially if it's utterly sincere!