I wanted to wait to post this till most of the festivities are over.  Unlike the Spanish gov't who passed this just a day or so before Xmas so no one would be around to protest.

Did you happen to see in the news?

The Spanish Cabinet, in Madrid, has approved anti-abortion laws, it's been sent off to the next stage in gov't, whatever the legistature is called..  We're heading back into the 50s here now. (that was under Franco, just saying)

Did you know that they are also trying to pass a law that would make it illegal to take a photograph of a cop at work?  Really?!?!??  Hello fascism!

Time to go, boys and girls.  How I wish I could vote. 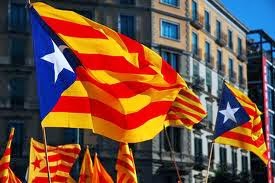 Yeah, I've heard about those news. I can't even think why a government would want to regress like that. It's pretty terrible. I hope the measure will be stalled in the next stage :(

It is rather astonishing, I cannot honestly understand it myself, but this gov't is bizarre, we are still in the depths of a terrible recession, and they are busy doing this, and trying to get Gibralter back from the British, I mean honestly, could we please focus????